No need to search around for sugar free ground chorizo! Making your own Whole30, paleo and low carb chorizo using ground pork and some spices couldn’t be more easy or quick! With only a few simple ingredients, this homemade chorizo is perfect for fast meals from dinner to breakfast, meal prep, and your budget!

Finding ground chorizo that doesn’t have any additives like sugar can be really challenging in stores. I have had to buy mine for years online from Pederson’s (they sell Whole30 Approved pork products!), but I realized it would be super easy to make my own, which I’ve now been doing quite often after seeing how quick and straightforward it is. It’s also so much cheaper!

You can order pre-seasoned, ready to cook Whole30 Approved Chorizo from Pederson’s if you don’t want to make your own!

This recipe is inspired by traditional Mexican chorizo, and is simply my Whole30 compliant version of it. Chorizo, in simplified terms, is a highly seasoned ground or chopped pork sausage used first in Mexican and Spanish cuisine. In Spain, that version is typically cured by smoking the meat, while Mexican chorizo is cooked from raw.

There are many differences between the two, from their history, the pronunciation, spices used, and method of cooking, just to name a few. With it’s long history in these cultures, it’s since been adapted into other cuisine types, such as Tex-Mex.

The process is quite simple for this recipe, as my focus is time saving by just mixing the spices together and then browning the ground pork. This recipe also uses all ground spices, but you could use ancho peppers or whole cloves in place of their pre-ground alternative used here. All of the spices and seasonings used are widely available at grocery stores like Super Target, Walmart, or online retailers like Thrive Market. The process takes all of five minutes to get the ground pork ready to cook. You’ll first combine all of the spices in a small dish. It will seem like there’s a lot of spices going into the mix, but you will use all of it. Chorizo is heavily seasoned to give it the robust, classic chorizo taste. Once the spices are mixed together, you’ll add them into a bowl with 1 pound of plain ground pork, and a few tablespoons of apple cider vinegar.

You’ll then use your hands to really work the spices into the pork until it’s all mixed together. Here you’re going to want to stop mixing once it’s all evenly combined, because if you mix the pork too much, it will dry out while cooking. Once it’s mixed together, you’ll heat some oil in a large skillet, and then add in the ground pork. From there, you’ll crumble and brown like you would with any ground meat! 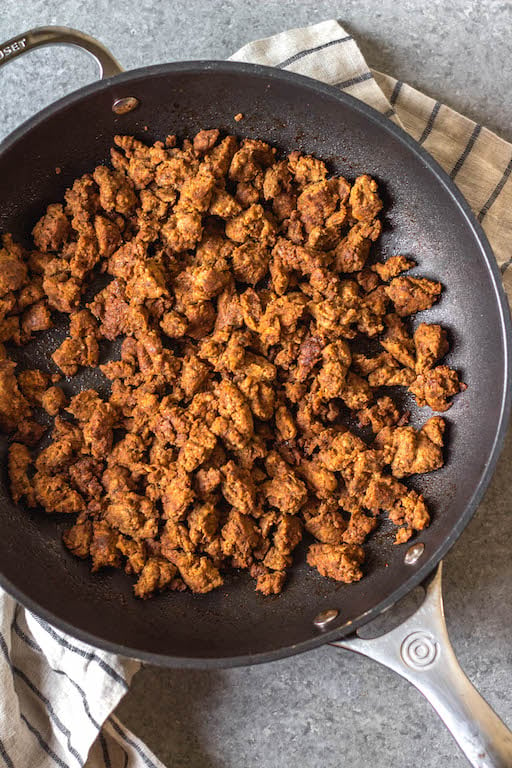 Doubling and Freezing Your Chorizo

This recipe is awesome for doubling, and then freezing a pound of homemade ground chorizo for later. It’s great for pulling out for quick and easy breakfasts, dinners or meal prepping, and the “work” of making the seasoned sausage is done already.

To freeze, you’ll need double the recipe, and then separate half (1 pound) out prior to cooking. Then you can place the raw chorizo in a freezer-safe bag or container and store in the freezer just as you would other meats.

Prior to cooking, just take out your frozen chorizo and thaw in the fridge overnight. From there, you’ll just cook as directed or use in an egg bake, one skillet meal, chili, meatballs, burrito bowls, you name it! 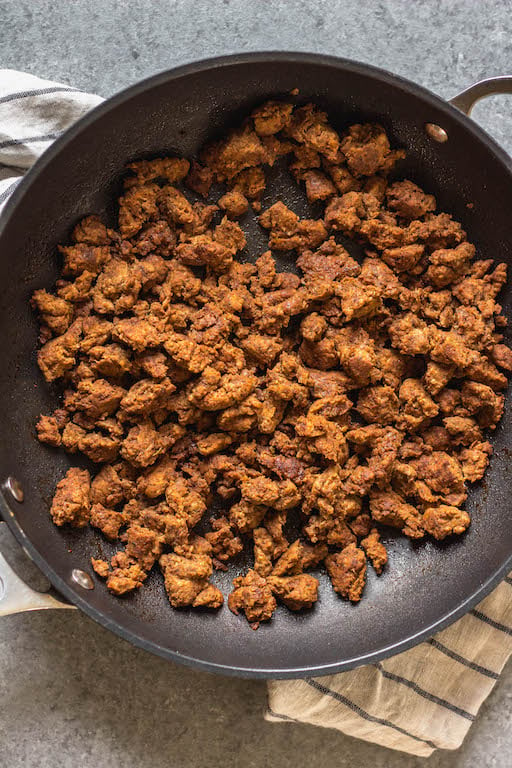 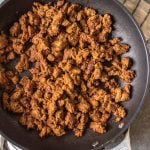 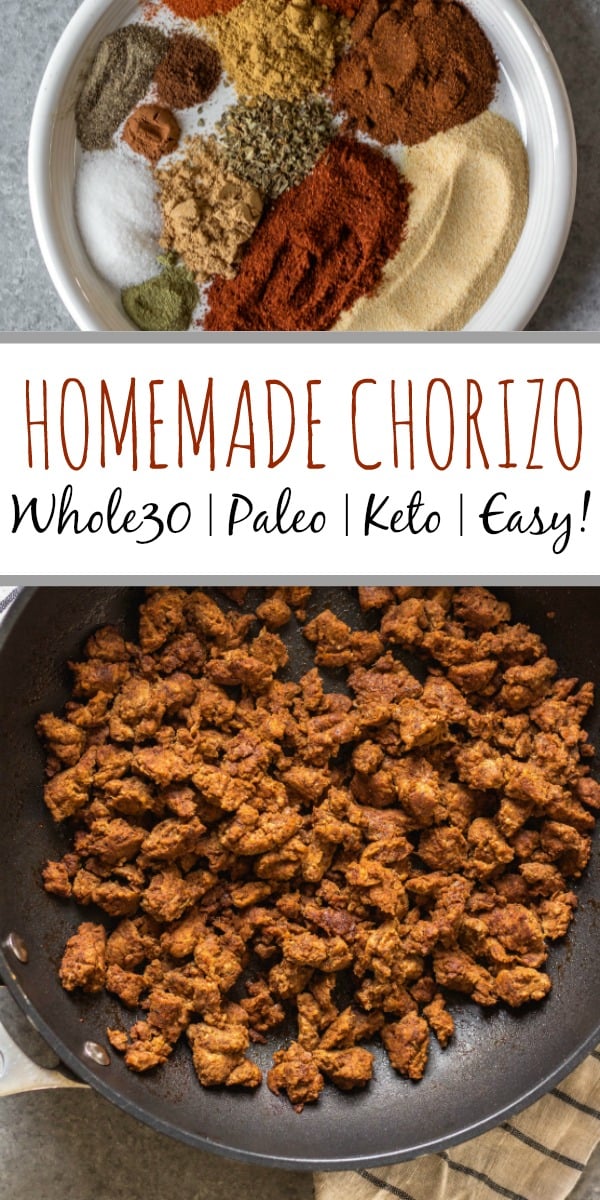 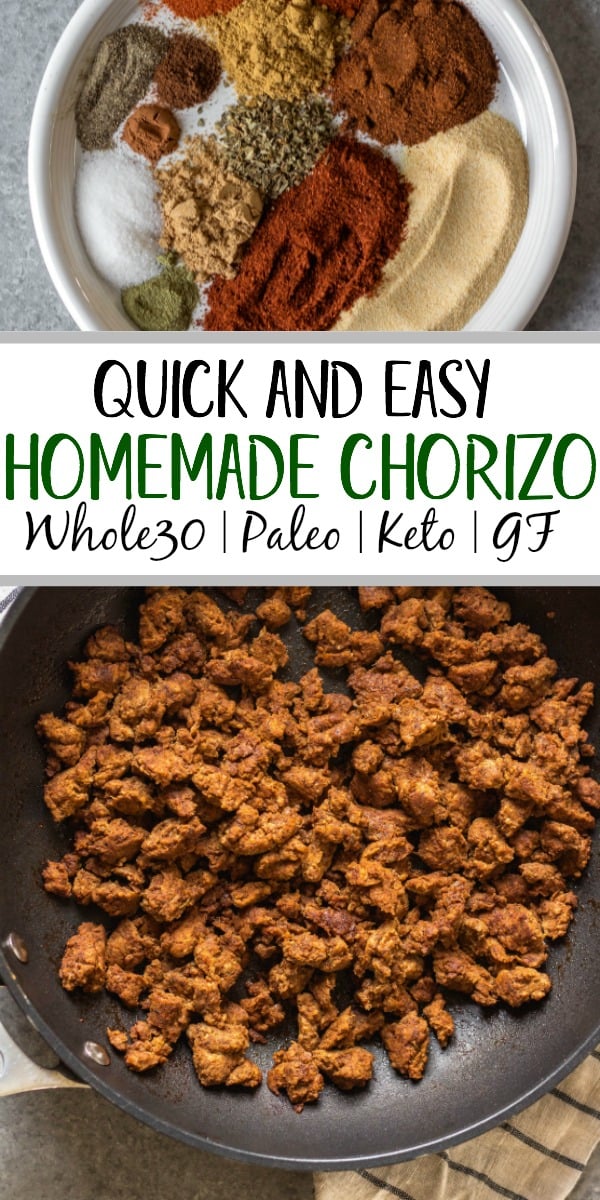 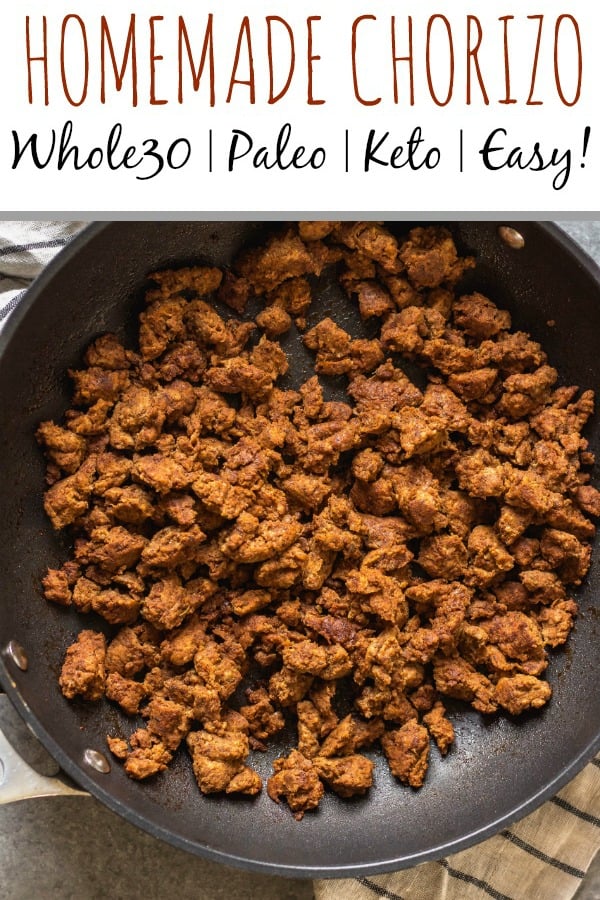 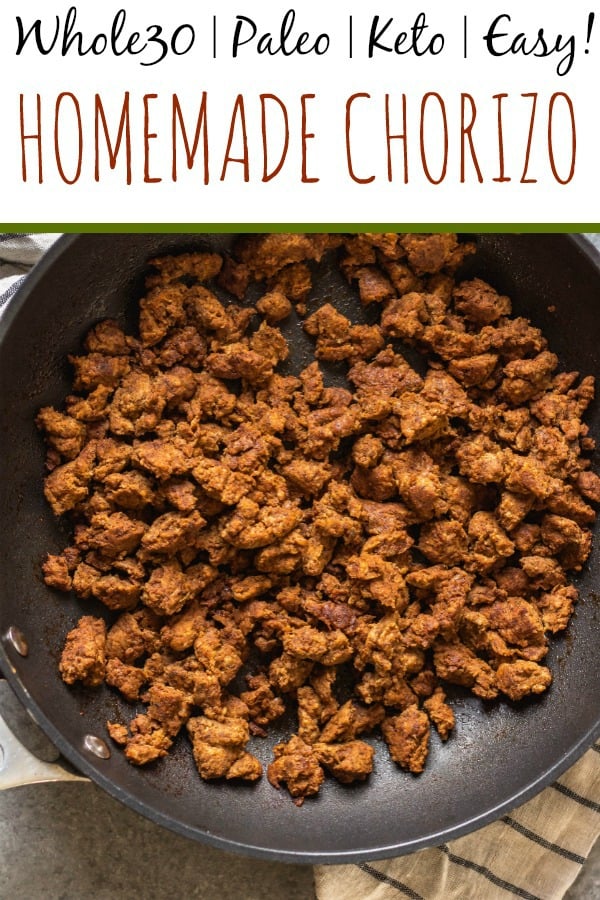 This Whole30 Homemade Chorizo post may contain some links that are affiliate links, though products are ones I use personally and recommend. When you purchase anything using my links, it costs you absolutely nothing extra, but it does give wholekitchensink.com a little financial support which helps to keep this blog running. Thank you for your continued support, both with your dollars and your interest.