This easy Paleo banana cream pie is one you won’t even have to turn your oven on for! It’s so simple to put together, making it the perfect dessert for any occasion. It’s also a vegan banana cream pie recipe, so everyone can enjoy knowing this is a healthy dessert no matter how they eat!

So many Paleo sweets recipes in a week! What is going on with me?! I know this is really unlike me, but I can’t help it that my boyfriend requested a Paleo banana cream pie and Paleo fudge for his birthday last week. I also can’t help it that when I posted a photo of the banana cream pie to my Instagram, everyone kind of flipped their lid! I aim to please, so I got this tasty sucker up as fast as I could!

I can’t believe another birthday of his has come and gone again. It’s so funny to think back to how we used to celebrate back when he was much closer to his 20th than the impending 30th. Everyone always says time flies by so fast, but as I get older the faster I truly realize it goes.

Anyway, it makes me chuckle that birthdays no longer look like chugging cheap beer in a crappy bar. Now it’s Paleo treats because joint pain really does flair up with crappy food and debating if it’s really worth it to even go out for a drink when we have bedtimes. I’m lucky to have gone through the evolution of birthday celebrations with him, though, and if the birthday boy wants a Paleo banana cream pie, he gets one. 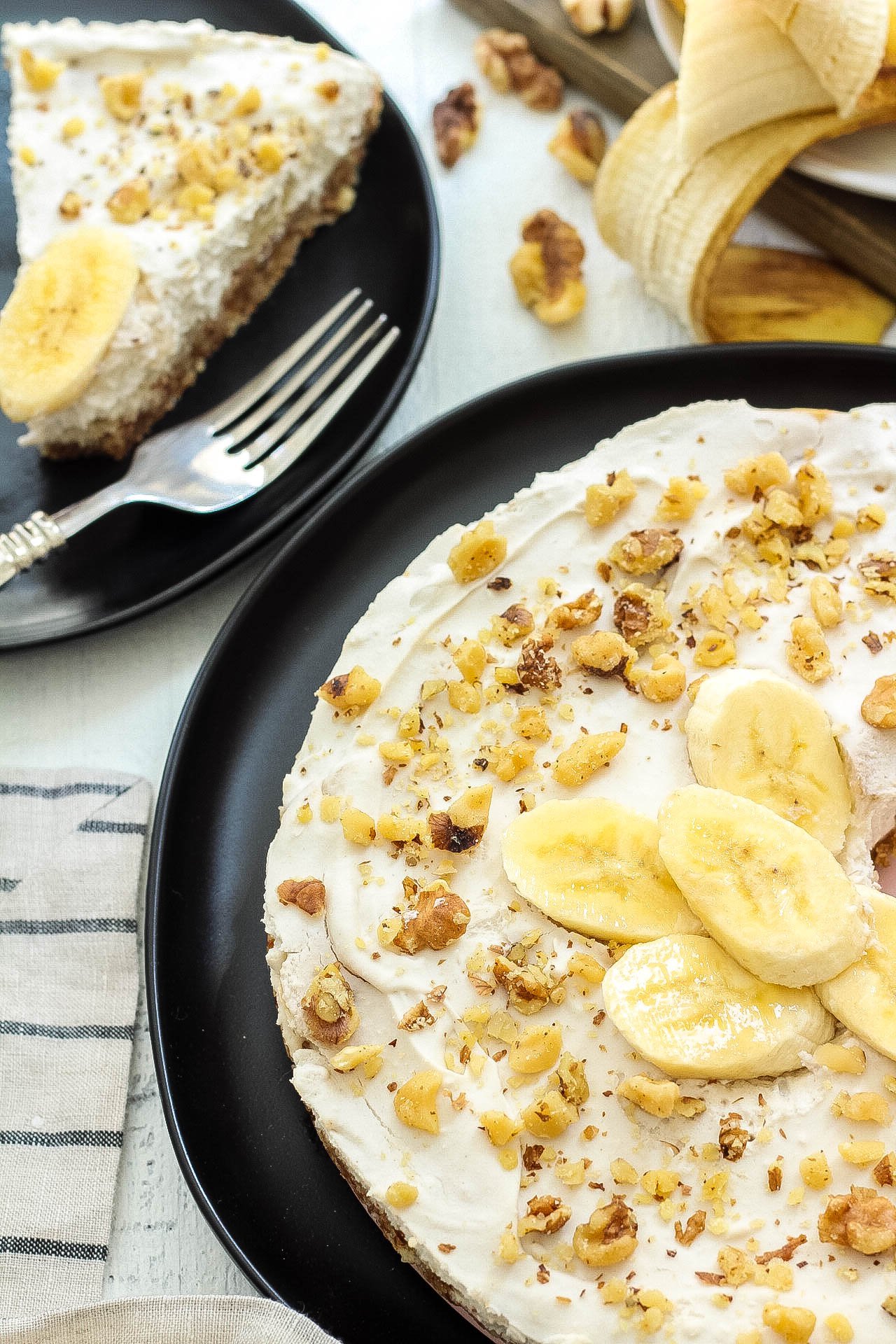 As mentioned already, this is also a vegan banana cream pie recipe, which makes it a good option to bring to gatherings as a dessert that anyone can enjoy, vegan, Paleo, or otherwise. If someone didn’t know any better, it’s doubtful they’d even know it was dairy-free. Because we’re not using a traditional pie crust, or any crazy ingredients, the list of things you need is pretty basic. Double win.

You will need to plan ahead a tiny bit, however, and refrigerate the coconut cream for a few hours prior to using, or overnight. It’s worth noting here that my boyfriend, and myself actually, aren’t really huge fans of coconut flavored foods, treats, snacks, coffee creamers, you name it. The flavor I added, and using a mixer to whip it really well makes it so the coconut flavor isn’t so pronounced. Coconut cream also has a more mild flavor than coconut milk, so give it a shot if you don’t think you’re a fan either!

Looking for another no bake dessert recipe?! Check out my Paleo Layered Berry Cheesecake! 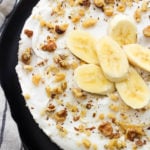 For the Pie Filling:

The amount of bananas you use will depend on how large or small the bananas you have are. Use an additional banana for the filling layer, and for the topping if yours are on the smaller side, or if you like a thicker banana layer.

This post may contain some links that are affiliate links, though products are ones I use personally and recommend. When you purchase anything using my links, it costs you absolutely nothing extra, but it does give wholekitchensink.com a little financial support which helps to keep this blog running. Thank you for your continued support, both with your dollars and your interest. I promise I won’t buy a pony.