The Paleo diet focuses on a way of eating that likely emulates what our paleolithic ancestors would have ate based on what was found in nature. The hunter-gatherer diet was one that was free of the processed foods, harmful additives, refined grains and sugar that our standard diet contains today.

The modern day Paleo diet focuses on consuming real, whole foods that work with your genetics instead of against them. The goal is to eat foods that your body is capable of processing as opposed to ones 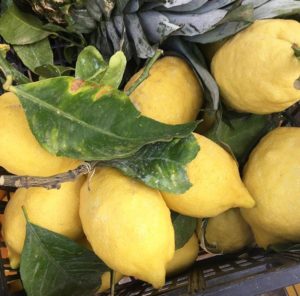 that do it damage. But what is Paleo? The diet promotes eating unprocessed plants and animals, including vegetables, fruits, meat, fish, eggs, seeds and nuts. Research has shown that we’re genetically the same today as we were back then. One major difference is that our hunter-gather ancestors didn’t see the staggering statistic of diseases like diabetes, heart disease, osteoporosis, auto-immune diseases and obesity like we are now. So what changed? Experts will argue that it’s the massive amounts of processed, convenience items the typical person consumes that has taken the place of more nutrient dense food. Recent studies show that only 12% of our calories are coming from plant-based foods.

There’s an abundance of documented benefits to removing highly processed foods and additives from your diet. Medically, studies have shown that individuals that eat a Paleo diet see lower blood pressure and cholesterol, healthy fasting blood sugars and A1C levels (even reversal of Type 2 Diabetes), reduction in liver fat (a major risk factor for metabolic disease), reduction in weight and waist circumference (a major risk factor for cardiovascular disease), a decrease in autoimmune disease symptoms, just to name a few. Other benefits include better quality sleep, mood stabilization, clearer skin, improved energy and mental clarity, reduced joint and back pain, no lethargy or bloating after meals, and more.

The main argument against Paleo claims that our ancestor’s lived short lives, dying well before the life expectancy we have today. We, being the advanced human beings that we are, know that’s due to advances in technology (medicine, for example) and not the processed foods we’re creating with that advanced technology. Fun facts: because of our newly developed ways of processing and manufacturing grain, the wheat we have today has 30% less minerals and the Phytic acid that is added to our bread during processing inhibits magnesium absorption. Factor that in with over-consumption and we’re left with a staggering 80% of Americans with a magnesium deficiency.

To sum it up, we’re living longer but with a much greater risk for lifestyle diseases.

You may have seen Paleo labeled as a low carb diet before. This is not because it explicitly implies you must eat a reduced number of net carbs to benefit from it. In fact, as I’ll mention later, many athletes eat a very high carb diet while still eating within the Paleo guidelines. The reason it’s often considered low carb is because you are just naturally eating fewer carbs than you were before once you cut out things like processed sugar and grain. The carbs you consume eating Paleo are generally sourced from plant-based foods which provide the proper amount your body actually needs.

This same idea applies to sodium. Paleo, like being called low carb, is also often dubbed as low sodium. Just as with carb intake, sodium intake is greatly reduced just by cutting out the things we know aren’t good for us. In the standard American diet, salt added to processed foods accounts for 75% of sodium we take in. The recommended amount of sodium per day for adults is 1,500 mg but the average American consumes 3,400 mg per day. It’s easy then to understand that Paleo is simply just naturally a low sodium diet. The Paleo template won’t deprive you of shaking a bit of salt over your dinner or adding a teaspoon to your meals when you’re making those meals from whole foods. You’ll already be decreasing your intake, and therefore lowering your risk for high blood pressure, heart attacks and strokes.

What to Eat for a Paleo Template

Here’s a helpful cheat sheet of the basics:

One thing to keep in mind when looking at this list is that as long as you’re structuring your meals around real, whole foods you’re not doing anything “wrong” by eating veggies or fruit that are on the ‘Don’t Overeat’ list. Making those choices are always going to be much healthier than cheeseburgers, pizza rolls or anything else you may have typically ate in the past.

There’s a variety of different lists available on the web, some with opposing viewpoints. One food that is often disagreed upon in the Paleo world is potatoes. Most of the lists or articles you find that say white potatoes are not Paleo are outdated, as science has now proved that white potatoes are just as nutrient dense as sweet potatoes and offer a variety of health benefits. The same goes with dairy. Some think that it’s an absolute no-go while others say raw or high-quality dairy is okay. You’ll have to evaluate this for yourself by seeing how your body responds to it. After all, Paleo is about fueling your body with what it needs for optimum health and performing at it’s best, not just following a strict list when it comes to the highly debated foods.

Another important part of this list is keeping your current health and future health goals in mind while following it. If you’re currently diabetic, you’ll obviously want to avoid foods that spike your blood sugar until your levels normalize. If you’re allergic to something, you’ll obviously want to exclude it from your Paleo template. If your goal is weight loss when you’re first starting out, you may want to be mindful of the potatoes and fruits. If you’re extremely physically active, such as a distance runner, fitness class instructor or cross-fit athlete for example, you may want to eat more of them. Your goals will change and it’s okay to adjust this food list as necessary.

A personal example of the way I used this list to fit my needs throughout the process is how when I first started eating this way, I was obese. Because of that, my goal was weight loss and I didn’t eat potatoes very often. I had them a handful of times a month. I also only ate fruit maybe 3-5 times a week but never right away in the morning and never every day. When I stabilized my blood sugars and moved into a healthy weight range, I started eating more of those two foods and no longer restrict them. Of course I’m not eating mashed potatoes every meal, but it’s not something that hinders my goals anymore.

When I trained for my half-marathon, I played around with when I needed to eat and how much I needed to eat to provide my body with the energy it needed to sustain long training runs. I found that eating sweet potatoes in the morning for breakfast was what was helpful for my body during this time. Another way I adjusted these recommendations for myself is to rarely ever include Paleo sweeteners in my diet during the first year. My relationship with food and sugar was so unhealthy to start with, I knew I wouldn’t break those habits by finding ways to still get my sugar fix. So, I didn’t eat them.

While there are definite foods that are to be avoided, the “Don’t Overeat” category is a gray area and depends on the person. Overall, it’s just a guideline to use to suit your own personal needs and health goals while still eating more nutritious, less harmful foods. If you’re just starting, transitioning to eating more of the foods in the “Eat This” column and less of the food in the “Avoid” is a good way to start incorporating a Paleo lifestyle.

If you’re wanting to learn more, which I encourage you do, a good place to start is with the Primal Blueprint and the Paleo Solution. Those two books are what really helped me understand not only the science of Paleo but also the overreaching concepts of it. The authors, Mark Sisson and Robb Wolf have been in the Paleo community for a long time and are big reasons why it’s gained so much traction. I bought them after my first round of Whole30 to help bridge the gap and I’ve reread them periodically since. They’ve both been a great reference for me to keep around to go back to if I have questions or just want to be re-inspired!

Have a question or anything to add? Let me know in the comments!

This post contains affiliate links, though the books are ones I use personally and recommend. When you purchase anything using my links, it costs you absolutely nothing extra, but it does give Paleobailey.com a little financial support which helps to keep this blog running. Thank you for your continued support, both with your dollars and your interest.