This easy homemade paleo pumpkin donut recipe makes 12 perfect, gluten free and grain free pumpkin spiced donuts. They’re the best paleo fall treat that only take a few simple pantry ingredients and a few minutes in the oven. Using real pumpkin, and no refined sugar, these are a much healthier alternative to store-bought pumpkin donuts, and one that the whole family will love!

Making your own donuts are much easier than you may think! The most important thing you need for this recipe is a donut mold. These are really inexpensive from Amazon (this 2 pack are the silicone molds I have and love). A donut cutter may work as well, but I think having the molds just really simplifies everything for about the same $6. After that, this recipe for paleo pumpkin donuts only requires a handful of standard paleo pantry ingredients. 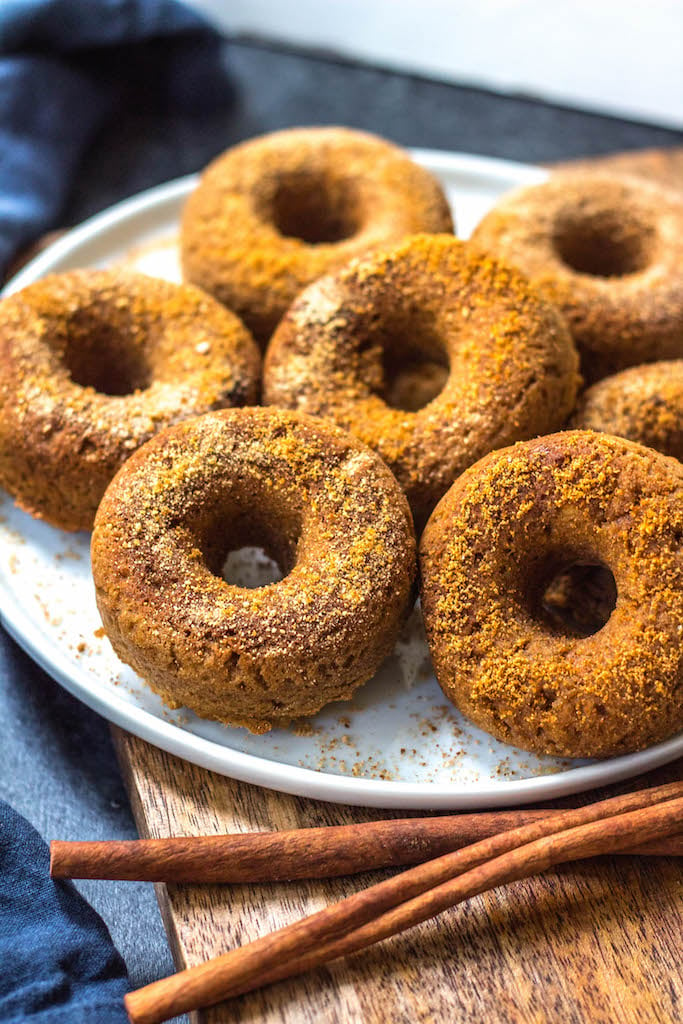 You’ll need coconut flour and almond flour, canned pumpkin (not canned pumpkin pie filling) and canned coconut milk, eggs, coconut oil and maple syrup. These ingredients are easy to find at stores like Target and Walmart, or online from Amazon or Thrive Market. I’ve switched over almost all of my pantry supplies (even maple syrup and all of the canned goods!) to Thrive’s brand because it’s so much cheaper than most other retailers. The only other ingredients are simple spices like cinnamon and nutmeg. How to Make the Grain-Free Pumpkin Donuts

First, you’ll preheat the oven to 350 degrees F. Then you’ll add all of the ingredients into a large mixing bowl and use a fork or electric hand mixer to combine the donut batter well. Do not over mix, just beat until everything is completely incorporated together. Use a cooking oil spray to lightly coat the donut molds if using a silicone mold tray or metal donut baking tray to grease the mold prior to adding the batter. 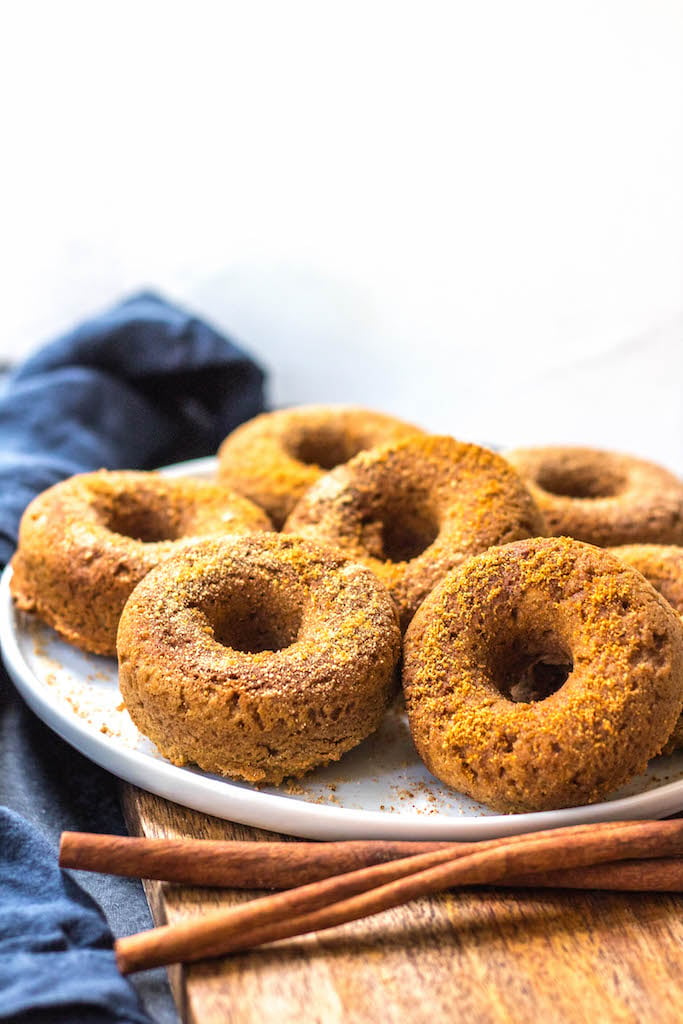 This optional cinnamon sugar topping on the donuts can be easily made using a bit of coconut sugar and cinnamon spice. Or you can opt for using this paleo cinnamon sugar cookie spice from Primal Palate. Once the paleo pumpkin donuts have cooled, use a cooking oil spray (olive oil, coconut oil or ghee spray will all work) and lightly coat the top of each donut prior to sprinkling on the cinnamon sugar mixture. 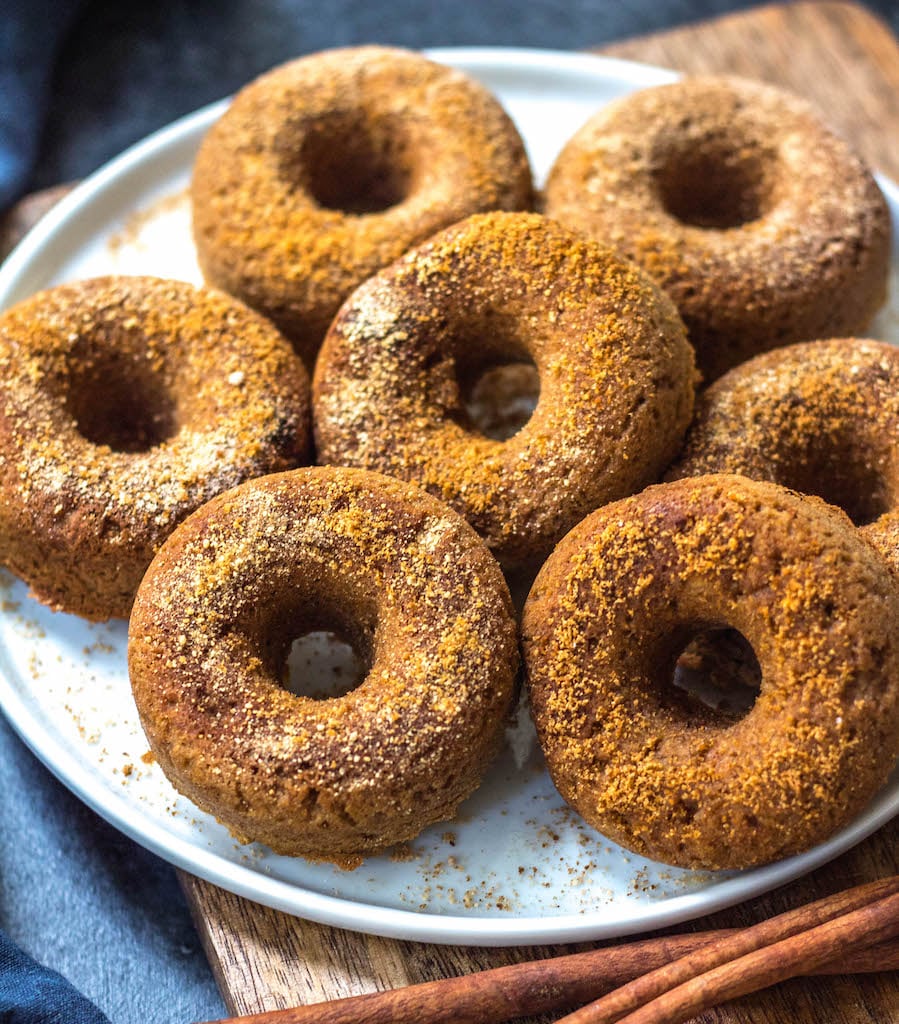 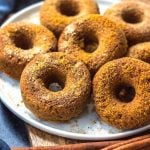 This Paleo Pumpkin Donuts post may contain some links that are affiliate links, though products are ones I use personally and recommend. When you purchase anything using my links, it costs you absolutely nothing extra, but it does give wholekitchensink.com a little financial support which helps to keep this blog running. Thank you for your continued support, both with your dollars and your interest.